Paul Hennessy has lifted the lid on the marvellous powers of recovery and unruffled temperament his star mare Heaven Help Us possesses.

Speaking in the Tea With The Trainers podcast, which featured countless hilarious exchanges between Hennessy, his former hurling teammate Shark Hanlon, and another man with a stout hurling pedigree as an All-Ireland winner Paul Nolan, Hennessy detailed how little the exertions of trouncing the Coral Cup field at Cheltenham by nine lengths took out of the seven-year-old daughter of Yeats he bred himself.

“I went over myself and drove the lorry and the whole nine yards. And that was grand. Lead her up and do the whole lot,” explained Hennessy, a hugely successful greyhound trainer who won the English Derby twice with dogs owned John Turner, in whose colours Heaven Help Us runs.

“But then she won and we’d no-one to hold her and they wanted me to go into the presentation. I said, ‘I’ll bring her in with me,’ so that caused pandemonium. But see, we do that with the greyhounds the whole time, we bring them into the picture. So we brought the mare in – she didn’t mind, she was just standing there.

“But then they had to go to the vet’s box and wash her, and there was someone wanted to talk to me, so for luck, Willie (Mullins) was watching and asked one of his girls, (Monkfish’s groom) Brigitta (Doran) to come and take the mare. She brought her off, done the vet, washed her down, dried her off, and when I got back up to the box – dying for a mug of tae myself and a sandwich – we put her back in.

“When I put her back in her box, she went looking for food. I had to go back out to the lorry, get a scoop of nuts, an armful of hay and bring it in to feed her and she gobbled the whole lot up, within an hour of running.”

“This thing only started with me as a hobby and we’ve just been blessed with the mare we’ve got. The fun we’ve had with her has been amazing.

“I love Punchestown. We were running her in those good races anyway when we weren’t supposed to and we got a great kick out of it. Now we have to. It’s a bit different because there’s no back door now (like the GAA). Isn’t it great?”

The Nolan-conditioned Mrs Milner, who fell in the Irish Stallion Farms EBF Mares’ Handicap Hurdle won by Heaven Help Us at the Dublin Racing Festival in Leopardstown last February before going on to bolt up in the Pertemps Network Final Handicap Hurdle at Cheltenham by five lengths from The Bosses Oscar, holds the same two entries as Hennessy’s heroine, as well a potential engagement in the BARONERACING.COM Handicap Hurdle, but she will be aimed at one of the Grade 1 contests.

“We’ll go to Punchestown. We’ll decide a little bit later on whether we’ll go for the Mares’ race or the Stayers’ Hurdle. Like Paul, there’s no point being stuck in the handicaps anymore. She’s in with the big boys now. She’s only a young mare and I’m hoping to God she’ll continue to improve.

“She’s on the go a while, she was on the go during the summer as well with little breaks in between. I’m not saying Punchestown will be a step too far, she’s giving us no signs of it at home. She’s put on a bit of weight again. It only took a couple of days to get over Cheltenham.”

Awaiting the pair if they opt for what could be a mouth-watering Coolmore Kew Gardens Irish EBF Mares’ Champion Hurdle, is the Hanlon-trained Skyace, who has been one of the stories of the season.

Bought by her trainer for just £600 for the Birdinthehand Syndicate, the upwardly-mobile mare has won five times, most recently in the Grade 1 Irish EBF Mares’ Novice Hurdle Championship Final in Fairyhouse, in the process providing Hanlon with his maiden top-flight success after countless near misses over the years.

“You wouldn’t know she had a race,” Hanlon declared. “I know she won a Grade 1 – it mightn’t have been the best Grade 1 in the world. A lot of the horses were after being in Cheltenham, and all had tough-ish races, including my own one. But she came home brilliant, I gave her a couple of days off and she’s in mighty form again, so please God everything goes well again next week.”

Hanlon, Nolan and Hennessy are three of the best characters in Irish racing and the slagging was never far away during the Tea With The Trainers podcast. Among the a wide range of topics discussed were their own hurling careers, Rachael Blackmore, their initial steps into becoming trainers, battling through difficult times, Punchestown memories and healthy living.

The full exchange, which is well worth listening to, can be heard following the link below and all content can be used for features ahead of the Punchestown Festival.

The 2021 Punchestown Festival will take place from Tuesday 27th April to Saturday 1st May. Full coverage will be available each day on RTÉ and Racing TV as well as interaction on all Punchestown social media platforms. 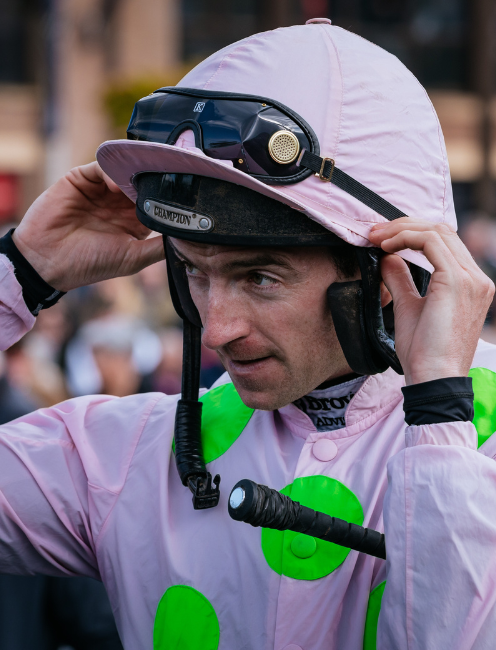 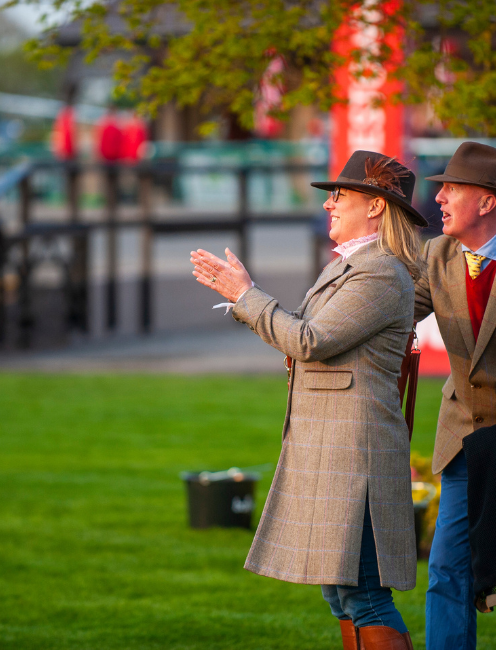