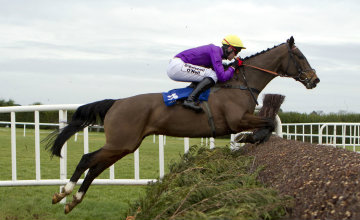 Lord Windermere: will be partnered by Leighton Aspell at Aintree

Leighton Aspell, who has won two of the last three Grand Nationals, is pinning his hopes of a third triumph in the sport's most famous chase on decent ground revitalising 2014 Gold Cup hero Lord Windermere at Aintree on Saturday.

Trained by Jim Culloty, who landed the National as a jockey on Bindaree in 2002, Lord Windermere has not won since that success at Cheltenham and was pulled up behind Aspell and Many Clouds at Aintree two years ago.

He hinted at a return to form when just denied by Champagne Fever at Thurles in November, but has subsequently suffered heavy defeats in the Lexus and Bobbyjo Chases.

Bookmakers rate the Ronan Lambe-owned 11-year-old a general 50-1 chance for victory in the Randox Health-sponsored prize, which Aspell also won on Pineau De Re in 2014.

The rider, denied a place in National immortality when Many Clouds, who died after winning at Cheltenham in January, was beaten in last year's race, has never ridden Lord Windermere and will not sit on him until the big day.

"It was a case of going through all the spare rides and I know they were waiting on Paul Townend, but he was tied up with Willie Mullins and I was next in line, and I'm grateful to get it," explained Aspell.

"His first run of the season at Thurles was good, but in those good chases on testing ground he's been finding life tough. His Gold Cup win was on good ground and he probably doesn't get the opportunity to run on it very often, so I'm hoping it brings about a revival. 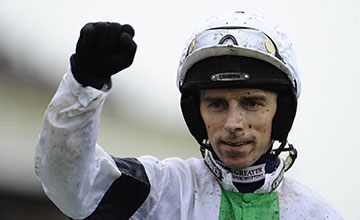 Leighton Aspell has a fine recent record in the Grand National

"I'll study as many of his races as I can over the next few days and speak to as many jockeys who've ridden him to see what feedback I can get."

Aspell, who said the National was "absolutely the race every jockey wants to win", added: "Jim's very positive and is again hoping the good ground rekindles his enthusiasm and the horse puts in a good run.

"The bookies have him at 50-1 and he's coming into the race slightly out of form and he's got a bit to do, but you're just clinging to the hope the good ground improves his chances."

The National course at Aintree was described as soft, good to soft in places on Tuesday. The forecast is for a largely dry week.